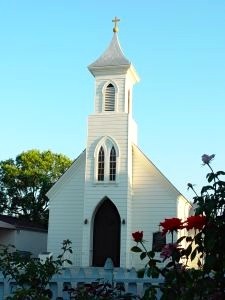 This blog post is hard for me to write but I must write it for three reasons:  First, many Americans first turn to clergy for help with depression. Sadly, The Church has often perpetuated harmful myths about mental illness. Weeks ago, I heard a troubling sermon online by a pastor I trust. He spoke about Robin Williams’ suicide and made some overly simplistic remarks about depression. Second, September is Suicide Prevention Month.   Finally, yesterday was the twelfth anniversary of my friend’s suicide.   As many Fashionably ill readers know, my friend D’s death was a turning point in my life that led me to seek help. I was diagnosed with bipolar 2 at the age of 18.

My personal experiences and years of working in mental health nonprofit led me to write a diplomatic letter to the pastor who has thousands of people in his congregation. I wanted him to re-address the subject of depression because one in four American adults fight mental illness (or over 61 million people), with depression being the most common type. With suicide as the tenth leading cause of death in the United States and third leading cause of death among young adults, it stands to reason that mental illness is a crisis many of his congregants battle.   Christians, like any other demographic, are not immune to mental illness. So far, my email has received no response.

His Incomplete Remarks on Depression

The pastor’s sermon was about generosity. He went on a two-minute tangent about depression, most likely prompted by Robin Williams’ death. He laughed as he struggled to remember the comedian’s name and asked the congregation for help. (I always laugh when I speak about suicide.) Then, he said: 1) Many people with depression are depressed because they do drugs and alcohol. 2) Many depressed people isolate themselves. That was it. No mention of the genetic factors and environmental factors that are often part of depression and substance abuse. (Like mental illness, addiction is considered a “brain disease;” that is the most widely held belief in the scientific community.) No mention of the fact that even when people with mental illness surround themselves with people they love, they can still feel alone. Indeed, that loneliness is part of having a chemical imbalance. No mention that depression is a disease.

While I once had a pastor who was dismissive of my bipolar disorder, I have also been blessed to know pastors who educated themselves about mental illness and listened to me patiently.

Little Engine: I Think I Can 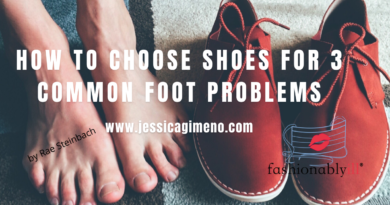 How to Choose Shoes for 3 Common Foot Problems

5 thoughts on “The Church, Depression, & Mental Illness: 3 Myths That Need To Go”