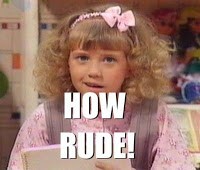 I’m participating in WEGO November Health Blog Post Month.  If my health allows it, I will try to answer their one-question prompts every remaining day of this month.  Today’s question is:

Say WHAT?!  What’s the most ridiculous thing you’ve heard about your health condition? Was there any context? What did you think at the time you heard it – and what do you think of it now?

As many of you know, I have been fighting the painful Polycystic Ovarian Syndrome for ten years and Myasthenia Gravis (an autoimmune hurricane) for five years.  About three years ago, I celebrated my 26th birthday, which was a joyous occasion considering that it was a miracle I even made it to 25.  My godmother, who was throwing my birthday dinner a restaurant I love, brought a friend.  He interrogated me during dinner—this man I just met!  He said, “What were you doing before you got sick?  Were you exercising?  What were you eating?”  I was befuddled by his tactless, presumptuous remarks.  I told him that I exercised five days a week (yoga in fact), ate right, didn’t drink, and never did drugs before I got Myasthenia Gravis in 2008.  He looked confused.

I realized that people like him have to believe that I did something wrong to get sick at a young age.  It’s hard to accept that bad things happen to good people.  The implications are enormous:  1) We are not in complete control of our fate.  2) Sickness can happen to you even if you do everything right!  That scares people so sometimes they project their fears and insist that we, chronically ill people, must have done something wrong to deserve so much pain and fatigue.  If such Karmic justice exists, then such a terrible fate will never befall them.  That’s how the “logic” goes anyway.  In retrospect, I realize that my five illnesses have changed my outlook on life.  Whether it’s a breakup, divorce, or death of a loved one, or illness, I feel other peoples’ pain so deeply.  At some point most of us will experience life-changing trials (even if they are not illnesses) that engender empathy and understanding of those less fortunate.  I hold out hope for that man to grow and change.  I’ve seen it in other people and would like to believe that the potential for growth is in most of us.  (FYI: I recently wrote on 8 Things Not to Say to a Sick Person—you can read that post here.) 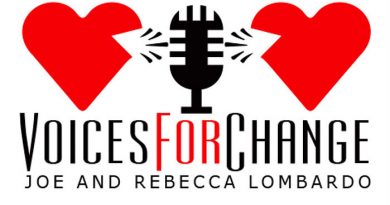 My Interview with Voices for Change Is Up

What The Fatigue? Recovering After An Event

Thank You; Update on Lauryn’s Condition

One thought on “WEGO November Challenge: Say WHAT?”