Last year, I had an incident where one of my doctor’s assistants were being unhelpful.  I needed a standard refill of one of my medications, which I have been taking for five years for maintenance (for PCOS, polycystic ovarian syndrome).  The first time I called, they were curt and said they wouldn’t have time to refill it because they were busy working on EMR records.  Second time I called, they also hung up on me.  As someone with four other illnesses (bipolar 2, myasthenia gravis, psoriasis, and asthma), I had many other things to juggle–refills of ten other medications and doctors’ appointments.  My cousin, Rachel, who is a doctor told me, “You can’t put up with that.  You should report them to your doctor.”  I was hesitant because my doctor has been wonderful to me, often giving me meds for free and letting me visit her for free when I was financially depleted after I got myasthenia.  I told her I didn’t want to do that; she insisted that no patient should be treated like that.  On the way to another doctor’s appointment (this one for myasthenia gravis), I called a third time to ask for my PCOS meds.  No one picked up.  (It took them three weeks to call the pharmacy!)  There was a lot of traffic on the way to the hospital, and I realized I didn’t have it in me to fight.  I was tired and not in a temporary way.  I had been tired–to varying degrees–for years.  I thought:  I’m tired the way some people are short and some people are tall.  I am tired the way some people have brown eyes and some people have blue eyes.  Fatigue is now a part of me and, is no longer a temporary state. Basically, I deal with daily fatigue due to chronic illness.  (However, I’ve made great strides very recently with MG treatments, physical therapy, and a non-GMO diet; probably the best I’ve been since 2008.)  Because I don’t think one sentence can suffice in describing the toll fatigue takes on our minds and bodies, I put together this list of 30 phrases.

What is chronic fatigue to you?  How has it changed your life? 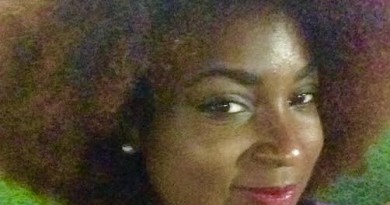 Coming Out of The Chronic Illness Closet at Work: Choice or Duty?

Yes! to Tarte’s Eyeshadow and Primer