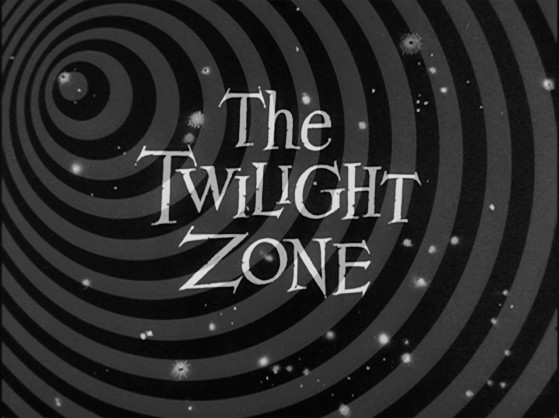 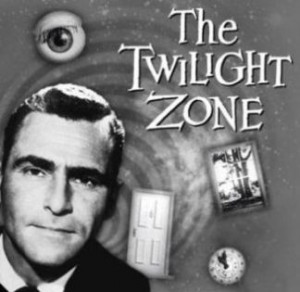 I can’t believe it’s 2017.  This year, like past years, I got to ring in the New Year with SyFy’s Twilight Zone Marathon.  I hosted the 4th Annual Online New Year’s Eve Party on Facebook.  It was a blast.  For two decades, SyFy had a two-day marathon beginning on New Year’s Eve.  Then, last year, they had a four-day marathon for the first time!  This year, they added even more–a movie (1983’s Twilight Zone: The Movie partially directed by Spielberg) and an interactive component for fans.  Fans got to vote on their favorite episodes in a three-hour block called Viewers Choice on January 1st.  The changes combined with the camaraderie of fans and Fashionably ill ® readers from around the world attending made this NYE party the best one yet!  SyFy made a perfect thing even more perfect.  I couldn’t have done it without the assistance of guests, Matt Vandermast and Roman Silva who posted links to episodes.  Without them, I wouldn’t have been able to shower or sleep.  Teamwork made this all possible.  And SyFy was our fourth teammate!  Thank you, SyFy!  And Rod Serling–we wish you could see your legacy today.  By the way, if you attended and/or are in TZ groups online, please share my article–I’d like everyone who came to the party to know how grateful I am.

I originally started the online party in 2013 because of my five chronic illnesses (myasthenia gravis, polycystic ovarian syndrome, bipolar disorder, asthma, and psoriasis) which often caused me to spend New Year’s Eve bedridden.  I started the party so no one–healthy or sick–would have to be alone on New Year’s Eve.  Some of the guests who attended also have illnesses although many people are healthy.  Here are some Facebook testimonials from a few of this year’s guests–first-timers and regulars:

Ashley, “Around this time every year my health seems to be in a nose dive (thankfully just a flu this year, and I’m on the mend) I would be curled up in bed miserable if it wasn’t for the wonderful people and the thought provoking conversations with wonderfully intellectual, and insightful people. We might get into a small debate about the underlying messages, but I’m never personally attacked here for my religious or political ideas, which is a privilege shrinking in this world.”

Mark, “I’ve enjoyed this marathon nearly every year since I was a kid. It’s a tradition that has only gotten better since joining this online party a few years ago…It’s a fun experience, and I wouldn’t trade it for any other kind of NYE celebration. Already looking forward to the next one! Thanks Jessica Lynn Gimeno, and everyone else who makes it possible.”

Howie, “I made some new Twilight Zone fan member friends! The Marathon has been so much fun, commenting, laughing, enjoying the always excellent quality episodes!  Jessica Lynn Gimeno, you, Roman Silva, & Matt Vandermast have been instrumental in hosting a fantastic New Year’s Eve Party, since I’m not a drinker, + I live alone, being invited to this party means everything to me! WOOHOO! YAY!”

Crystal, “I am so glad I joined this event. Jessica Lynn Gimeno you have always been an inspiration for me. I have Lupus, Fibromyalgia, seizures and anxiety and depression comes with them.  (I currently do not have a TV so it was nice to be able to watch online and on Netflix along with you and others.)  I am 100% by myself for the first time other then my service dog as my boyfriend is deployed and I do not know anyone in the area we live in. It is great to be able to be part of this TZ marathon with everyone! Thank you! and Happy New Year!”

Daniel, “I had a wonderful time. It is fun to watch the episodes, read people’s comments, and comment myself…when I read other reactions and comments that it is worth watching the episodes again.  I was in and out. In addition for taking time to sleep, I was also doing things away from the TV, like getting groceries…I would return and watch more episodes and read more posts.  Thanks to Jessica Lynn Gimeno, Matt Vandermast, Roman Silva, and others.”

Bob, “As usual, this year’s marathon party was fun. I really like the fact that I can get different perspectives on the same episode from different people. No matter how many times you watch a TZ episode, there’s something new about that episode that you haven’t noticed before. For example, someone pointed out during “What’s in the Box?” that Joan Blondell wasn’t the one who was about to fall out of the window in one of the scenes. It was actually a stuntman or stuntwoman who performed that stunt. So I watched that particular scene again and lo and behold that person was right…”

Isabel, “This year I wasn’t able to get out and enjoy NYE since I had to study for medical school, but joining in and watching a few TZ episodes with you all was a sweet alternative that definitely helped me feel a little less alone!”

Jay, “Last 2 times I had to work the entire time, so couldn’t enjoy it. Was able this year to enjoy it more with being off last couple of nights. Jessica, Matt, and Roman, you did an excellent job hosting this. That’s what made it more fun to watch thanks again

Teresa, “I can’t think of a better way to end one year and ring in the new one than watching the marathon with my TZ fam! No matter where we live, or what else is going on, it’s like we’re all in the same room, huddled around the same TV, laughing and chatting away!”

Helaine, “This online party was one of the bright spots in a tough 2016. Thanks to my lovely friend Jessica Lynn Gimeno for choosing such a delightful way “to serve man.” Or “to serve nerd.” Or … well, just thanks!”

Ashley, “Thank you for hosting this. I enjoyed watching the episodes of TZ .I hope to do this every year.”

SyFy, Just One Thing For Next Year’s Marathon? Vintage Commercials

Come to My Next Party!

We have these online parties twice a year during SyFy’s marathons on the 4th of July and New Year’s Eve.  The 4th of July ones are much shorter–usually 24 hours long.  All you need to attend the party is Facebook.  While many of us are watching SyFy on our TV, people without cable can see the links to free episodes online or follow along on Netflix.  We post comments live on Facebook with a thread for each episode.  If you’re interested in attending future marathons, you can stay in the loop by joining the Twilight Zone NYE Posse here! 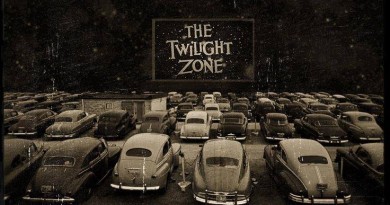 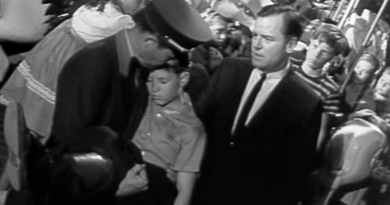 Recap of This Year’s 4th of July Twilight Zone Party