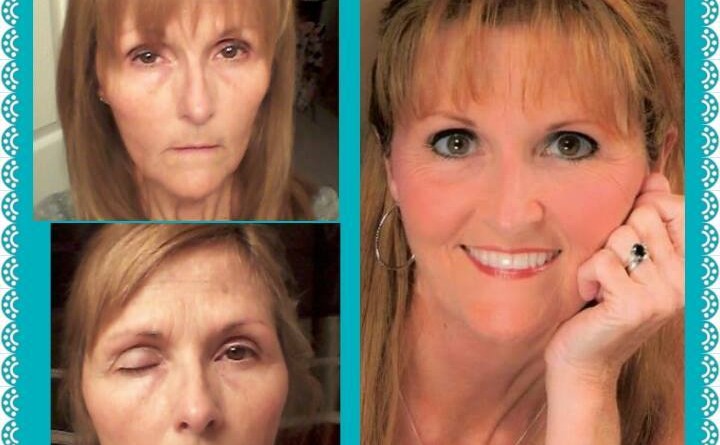 People with myasthenia gravis (MG, a neuromuscular autoimmune disease) sometimes refer to ourselves as “snowflakes” because symptoms vary person to person.  For example, some people may only have ocular (eye) problems while others (like myself) also have muscles involved in breathing, chewing swallowing, speaking, lifting head up, lifting things/using arms, and balancing/walking all affected.  Some people with MG say they are in chronic pain (I have been in pain 24/7 since 2008) while others report no pain.  Most people report fatigue as a symptom.  In this post, I want to focus on one symptom and that is ptosis, or drooping of the upper eyelids. Basically, muscles become so weak that MG patients have a hard time lifting their eyelids.  This was a major symptom for me when I got diagnosed.  I found, however, that the drawings in MG brochures looked nothing like my eyes.  So I decided to put together a post featuring people with MG so people can see how ptosis looks different on different people.  Today, I rarely experience ptosis.  But some snowflakes report weekly and even daily ptosis.

If I have ptosis, that means I am nearing an MG crisis.  My ptosis is often accompanied by other symptoms such as difficulty breathing and falling down.  That’s when I call my doctor because it’s a warning sign!  She takes action right away–usually increasing my Prednisone and sometimes, I come in to see her.  In my collage, you can see on the left a more recent picture (sans ptosis) and on the right, a picture of me pre-diagnosis with ptosis.  I am wearing makeup in both pictures.  My ptosis is bilateral, which means both lids are affected equally. Below, as you’ll see, some snowflakes have one lid affected more than the other (unilateral ptosis).  And others have ptosis that is barely perceptible.

“I was diagnosed in January of 2013, but I had symptoms for a couple of years before that. This picture shows the varying degrees of MG in my life…the good (no ptosis), the bad (moderate) and the ugly (severe…when I get like this, the whole side of my face looks like it is melting off!!)  My generalized MG is pretty bad.  Some days worse than others. I use a power chair if I go anywhere because I just can’t walk more than a few steps without help, and my breathing gets bad. I would say that my face does this at least 2-3 days per week,especially when I need my IVIG, which I get every single week. When my face looks like this, I also have trouble swallowing, chewing, speaking, and using my arms and legs. It’s a real pain!”

“I have had myasthenia gravis for 18 years.  I experience ptosis symptoms almost daily. Because I have use LED displays for reading and writing, I need to rest my eyes often. My eyes are usually more open first thing in the morning, ptosis shows up in the afternoon, and ptosis subsides again in the evening.”

“Here’s my best example, in both I’m wearing almost identical makeup so it really helps to show how ptosis totally changes the way you look (or at least I think it does).”

Check out Kait’s blog about MG and artwork on her website here:  http://kaitmasters.com/blog/

NOTE: There are also people who experience ptosis who do not have MG.  In addition being found in various muscular dystrophies, people with diabetic neuropathy, strokes, botulism, intracranial hemorrhages (ICH), pituitary cancer, shingles, and adult brain tumors (among other conditions) sometimes have ptosis.  Ptosis can also be a congenital condition.

How to Laugh At Pain; What I’ve Taught My Doctors 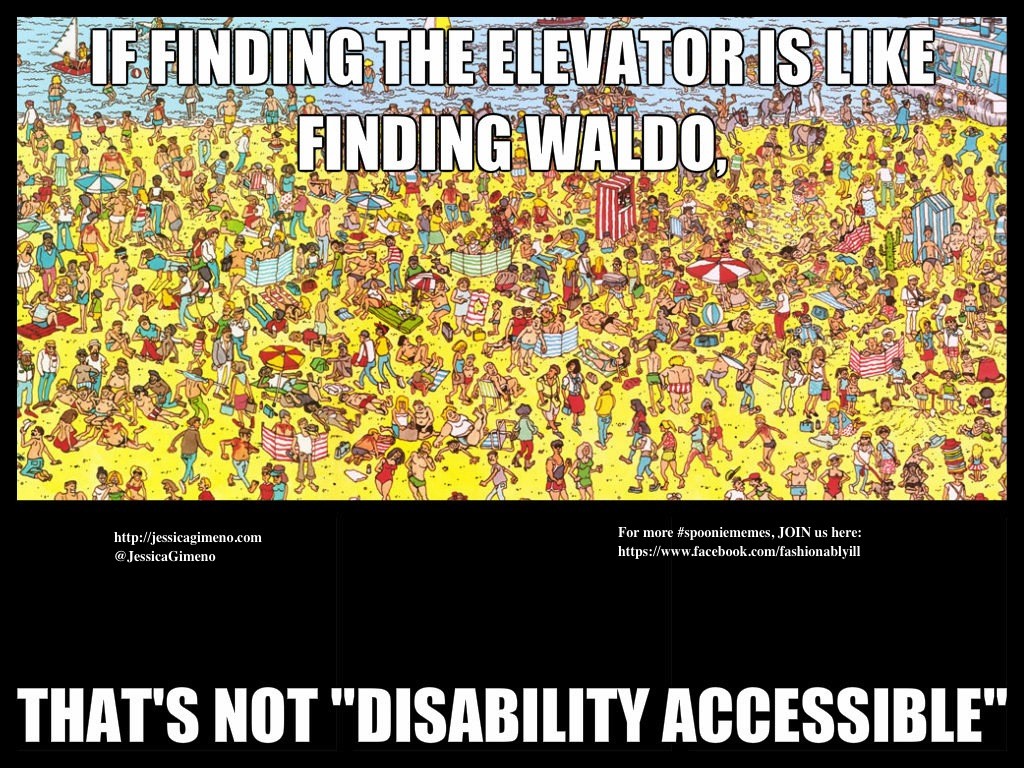