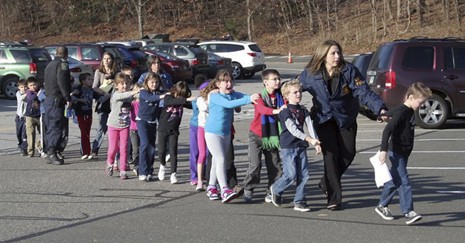 Hey Everyone, I know we’re all busy (including me, who has virtually no free time).  Like many of you, most of my free time is spent being sick, tired, or in pain.  But if you could spare a moment and write a condolence/holiday card to one or two of the families affected by the unspeakable national tragedy that descended upon Sandyhook Elementary last Friday, December 14, 2012, that would be great.  Below you’ll find the address:

Do You Remember the Moment Your Life Changed Forever?

Tragedies, be they illnesses or acts of evil, have a way of highlighting the worst and the best in human nature.  And there is nothing quite like the kindness of a stranger to restore one’s faith in humanity.  Or in some cases, keep a person from losing it completely at a critical point in his or her life.  Many of us have never been part of a massacre.  But we may know people whose lives have been changed by other acts of evil such as abuse or rape.  Furthermore, as people who are chronically ill, many of us know what it’s like to see our lives change in an instant.  In the fall of 2008, I was in the early stages of Myasthenia Gravis (MG), but still undiagnosed.  I was 24-years old, eating right, living a clean life, and doing yoga five days a week.  One September day, I was walking up this long flight of stairs at the high school where I coached Mock Trial.  Then, suddenly, I couldn’t feel anything below my waist and I kept falling.  And falling.  And falling.  I could hear my stilettos (which I have since given up) go clickety-clack down the stairs.  Finally, somewhere towards the middle of the stairs, I was able to use what little strength I had in my arms to hang on.  So I lay there for a few minutes–my mouth was also paralyzed so I was unable to ask for help.  It was 9 am and lots of students were rushing up the stairs to their first class.  First, about five students walked around my body.  Then, I’ll never forget one girl who stepped over my body, looked into my eyes, turned, and kept on walking.  Finally, after I regained my speech, I was able to say, “Help.” Two girls saw me asking for help and said, “What do you want?”  After a couple of minutes of begging for help, they helped me up.  Lying on those stairs I realized two things: First, I had a neurological disorder.  (I already understood that when the mind tells the body to get up and it doesn’t, something is neurologically wrong.)  Second, people can be cruel.  Very cruel.

But over the course of my illness, I have also met Good Samaritans.  Occasionally, I’ll be having a hard time and some stranger will open a heavy door for me or help me up the train steps.  No act of compassion, no matter how small it seems, is insignificant.  A few months ago I blogged about an incident on the train–I lost feeling in my legs as I was descending the stairs.  The conductor announced that we were moving to the next stop.  The doors started closing in on me as I hang there dangling on the stairs.  Two men standing by sprang into action.  They pushed the heavy doors away and helped me down the stairs in the nick of time!  It’s these kinds of actions–acts of pure compassion–that can keep people who are in constant “survival mode” from being bitter.  Many of us live in survival mode–we balance our illnesses with responsibilities like work, errands, family, and relationships.

Profiles of People Who Lost Their Lives

Those families who lost children or spouses or parents last week in Newton, Connecticut will also be in survival mode.  Christmas is coming soon and it will be their most difficult Christmas ever.  I urge you:  If you can spare a moment, please write a card, however brief, to any one of the families affected by the mass shooting.  If you’re not sure which family to write to, here are profiles of the victims courtesy of CNN. 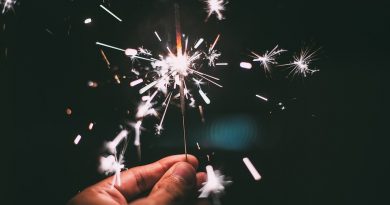