UPDATED 12/23/21 (Kind of): I originally wrote this article years ago–first in 2013 and later modified in 2017. Now with the pandemic and Omicron surging, I wanted to update it but I don’t have the energy. (Hooray for fatigue!) So I decided to repost the article instead. Context: I wrote this article as an immunocompromised person who has spent many Thanksgivings alone, which has been difficult. During the holidays 2021, many of us (including people who are not immunocompromised) make sacrifices both to protect ourselves and others. When you read it, please keep in mind it was written years ago before COVID. I haven’t attended any holiday gatherings during this pandemic and I won’t be–but that’s not new for me as a person with many autoimmune conditions.

In time for Thanksgiving, I’m posting an update of my popular 2013 article, “3 Tips on Celebrating a Holiday Alone.”  What I’ve learned in the years since is there are a wide variety of reasons people spend holidays alone like breakups, barriers like distance, or protecting their *mental health* if family gatherings get toxic.  Also some gatherings are held at places that are not accessible for people with disabilities. I’ve also learned additional tips for celebrating the holidays alone.  Next month, I’ll be hosting my 5th Annual New Year’s Eve Twilight Zone Party–all you need to attend is a Facebook account so you can join our group.  For three years, I had to spend Thanksgiving by myself to protect my compromised immune system at the height of cold and flu season. In my case, I missed my uncle’s large, fun Thanksgiving get togethers, one of my favorite traditions, because I have myasthenia gravis (an autoimmune disease).

Like many people with myasthenia gravis (MG), lupus, and other illnesses, I have to weigh the joys of being with loved ones against the risks of getting a cold or the flu, which can lead to relapses, hospitalization, and weeks (or months) bedridden. This leads me to today’s WEGO question as I continue blogging for National Health Blog Post Month:

It’s the Holiday Season:  Give us some tips you use to balance the holidays and your health. How do you stay within your own boundaries and make sure you follow your health regime/plan?

Learn how to celebrate a holiday by yourself:  Please don’t think I’m suggesting that chronically ill people lock themselves up from their family and friends.  What I am saying is this: 1 in 7 people have the flu.  And 1 in 4 people don’t cover their mouths when they sneeze or cough.  The chances that a person with a compromised immune system can get sick from a holiday dinner or become hospitalized from getting “the common cold” are great.  In 2013, it took me two weeks (that included a hospital visit) to recover from a cold.  Twice in 2012, I almost relapsed because of the flu.

Some of us have to set boundaries with family. I asked my myasthenia gravis group about this and seven members said they have missed holiday gatherings to protect themselves from the cold, flu, and pneumonia. One MG warrior said the risks of getting sick were worth being with family, especially her aging mother. In some cases, a person might have traumatic experiences associated with relatives. Protecting your sanity from toxic environments is important. Of course, there are other reasons people might abstain from gatherings such as breakups, distance, and finances.

5 TIPS ON CELEBRATING A HOLIDAY ALONE:

Have you ever been alone on a holiday?  Join us; like our Fashionably ill community on Facebook here. 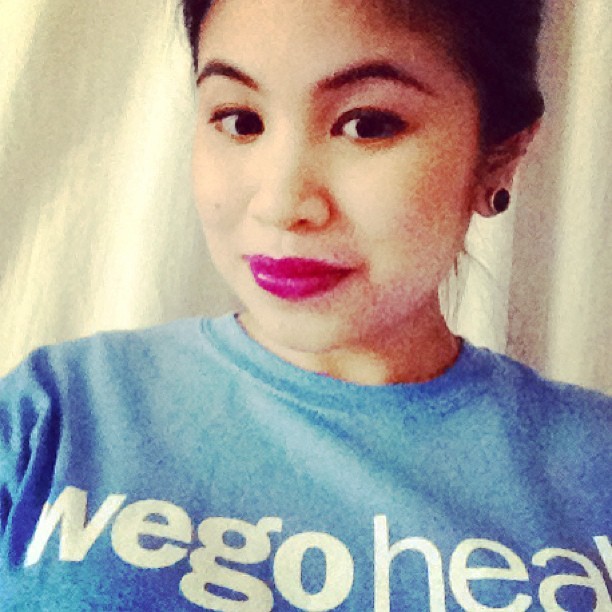