First of all I want to thank everyone who voted for me in the WEGO Health Activist Awards.  Good news: I’m a Finalist in both categories: Best in Show Blog & Health Activist Hero!  The winners are revealed on March 28.  For me, being a finalist is a reminder that God has used my four illnesses and pain—both mental and physical—to help others.  I love being part of the WEGO family—I’ve led a WEGO Twitter Healthchat, participated in WEGO’s National Health Blog Post Month, and guest blogged for WEGO (Ouch! 3 Tips for Responding To Insensitive Comments About Your Illness).  Now, I want to share my story of how I became a health activist in advocating for people with visible and invisible disabilities (including mental illness).

My journey as an advocate began when I was 18-years old.  I was a freshman in college when my friend Dina, who was diagnosed with Bipolar Disorder, killed herself.  We had such a deep connection.  Throughout my teen years, I asked the adults in my life for help with depression but was always told “this is just teenage angst.”  Dina’s death and our connection prompted me to research the illness and I realized I had many of the symptoms like: becoming depressed for no reason at all, crying spells, and the insomnia of mania—taking five to six hours to fall asleep.  So I saw the campus doctor on my own who diagnosed me Bipolar II.  I also got a second opinion, which confirmed the diagnosis.  This was a relief after years of fighting a nameless, faceless enemy.

When I was 19-years old, I was diagnosed with Polycystic Ovarian Syndrome (PCOS), an excruciatingly painful illness.  Obviously pushing through college with Bipolar and PCOS was not a picnic.  But I persevered and developed creative strategies for dealing with the pain.  I was determined not to give up: I graduated cum laude from Northwestern University with two majors and won 20 titles for Northwestern’s Speech Team.  But the most important thing I did in college was when best friend and I co-founded a depression support network.  I had the privilege of speaking to hundreds of students about breaking down stigma and personally helping 30 of them get professional help for themselves or their loved ones.

Then Came the Rain

I was involved in this advocacy work for three years while coaching high school debate.  Then in 2008, when I was 24-years old, I went from doing yoga five days a week to not being able to feel my legs and arms.  I’ll never forget that moment at work when I was climbing up a long flight of stairs and I suddenly couldn’t feel anything below my waist.  I started falling.  And falling.  Soon after that, I was diagnosed with Myasthenia Gravis, MG, a neuromuscular autoimmune disease whose symptoms are often confused with Multiple Sclerosis.  A few days after my diagnosis I was hospitalized in critical condition and endured two weeks of plasmapheresis and a trip to Mayo Clinic.  To give you an idea of the severity of my case:  It usually takes one to three years to develop all the symptoms of MG, and some patients don’t even acquire all the symptoms.  I got all the symptoms in a matter of four months, which included: droopy eyelids (ptosis), speech impediment/slurred speech, lack of balance/falling down, dysphasia (difficulty swallowing), difficulty breathing.  At the time of my diagnosis, I was given a 50/50 chance of surviving MG.  As a byproduct of MG, I also developed Asthma, my fourth disease.  I was bedridden over a year and had many medical procedures including a thymectomy (a surgery where they cut your neck open, pull your thymus out, and glue it back together—fun!).   During that time, I also gained ten dress sizes, lost my hair, and got Cushing’s Syndrome (bloated Prednisone face).

Persevering; Not Letting Anything Get in My Way

At the age of 26, The Balanced Mind Foundation, a mental health nonprofit for young adults with mental illness and their parents, hired me. When I took over the mental health podcast and blog for youth, Flipswitch, the program saw a 397% increase in listeners and readers—netting 6,000 visits a month.  During my two years there, I wrote and hosted over 100 articles and podcasts, which showcased tools for surviving depression and bipolar disorder.  I also interviewed dozens of people who  successfully manage diseases like: Bipolar, Depression, ADHD, OCD, and Schizophrenia.  All my interviews were aimed at showing people hope: that mental illness and stigma should never get in the way of their dreams.  I currently write for a popular website, www.askabipolar.com.  (Readers anonymously submit their questions about bipolar disorder, and we answer them.)

For my advocacy work, I won Second Prize in the National Council of Community Behavioral Healthcare’s 2012 Awards of Excellence.  I was also twice nominated for a Voice Award.  I’m currently in the running for a Champions of Change Award, an honor given by the White House.  I’ve even filmed a video for their mental health campaign for young adults.  I’ve had the privilege of presenting at conventions and webinars for the National Council and the National Alliance on Mental Illness (NAMI).

While I love working in mental health, I realized there weren’t any resources for people living with both mental illness and tremendous physical pain. As someone with four illnesses whose appearance dramatically changed, I also wanted to help women who were going through a similar ordeal.  I know what it’s like to be insulted by people who know you’re sick and the toll that changes can take on a sick person’s self-esteem.  So I started Fashionably ill: The Sick Woman’s Stylist in 2012.  Fashionably ill is about surviving pain with style and humor. I answer women’s questions about style like how to deal with insults from people about your changed appearance or what to do when Prednisone, a drug used by millions of cancer & autoimmune patients, rearranges your face.  I also talk about living with mental health stigma and physical pain.  I engage with readers on Facebook, Twitter, and Instagram.  Some of my readers have one illness and others have combinations like living with Lupus and Bipolar Disorder.  One reader with Fibromyalgia and Bipolar Disorder told me, “Fashionably ill is the first time I’ve seen anything close to my situation.”  I’ve also started giving makeovers to women with chronic illness like this woman with Fibro, Diabetes, MS, and PCOS.  For links to FI’s most popular articles, visit this page. Fashionably ill is about creating community.  For instance, on New Year’s Eve, I hosted an online NYE Twilight Zone Party so no one would have to be alone on New Year’s.  Fifty guests attended–many people bravely fighting Parkinson’s, Fibromyalgia, Chron’s Disease, Hypothyroidism, Muscular Dystrophy, Bipolar Disorder, and CRPS. 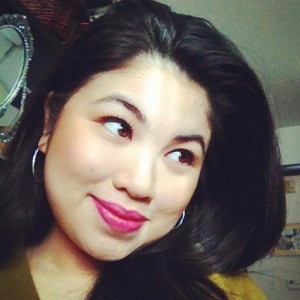 Whew!  I know that was a long intro to me.  But being a finalist inspired me to share this message:  HOPE is greater than stigma. HOPE is more powerful than disability or any illness—even two, three, or four illnesses.   HOPE is real. 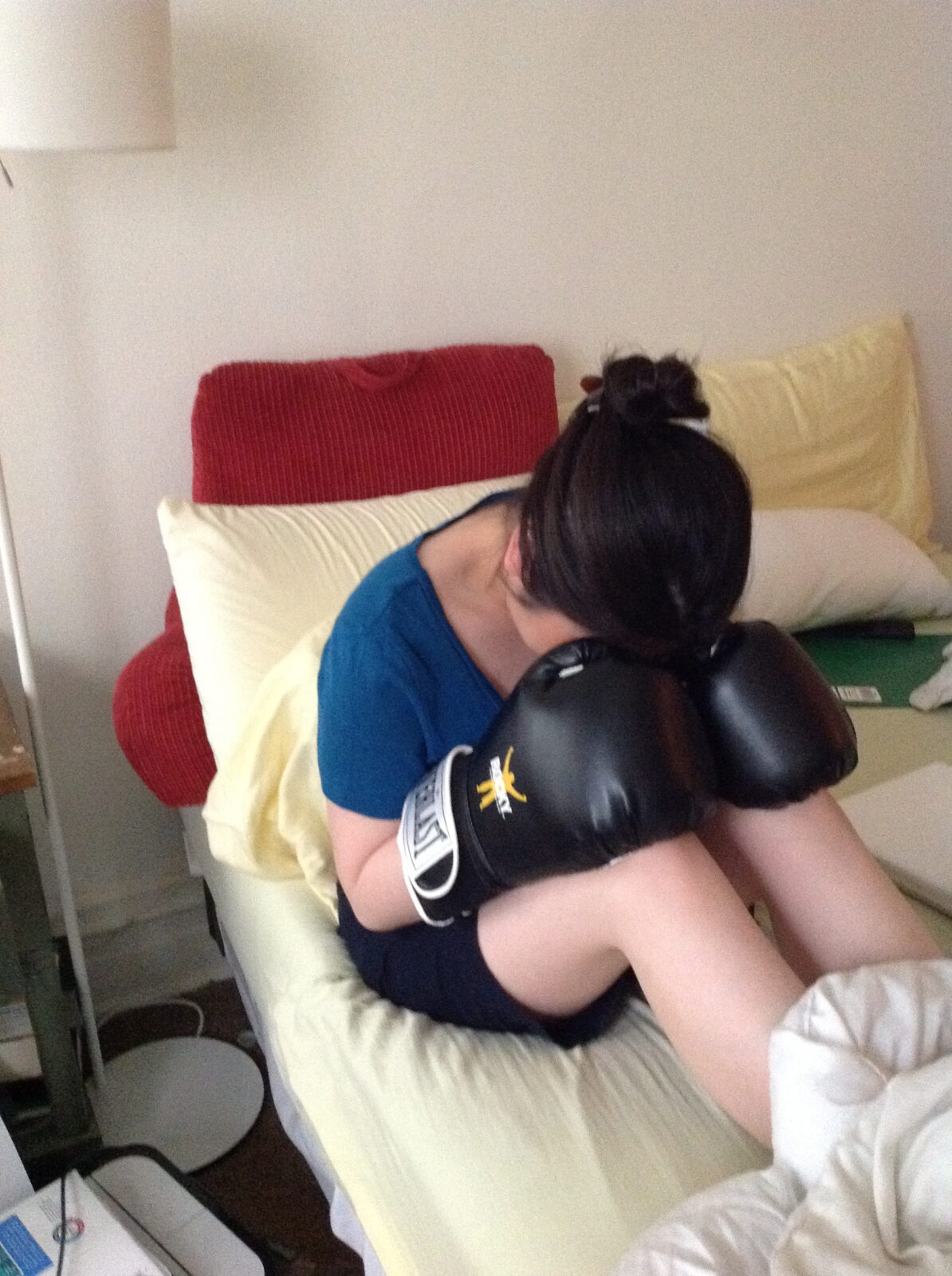 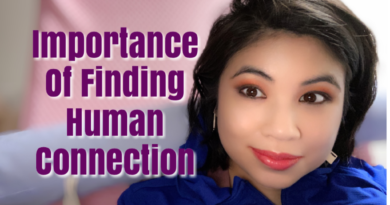 2 thoughts on “Why I Became A Health Activist; WEGO Awards Update”