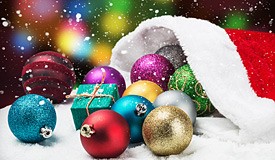 One of the hardest aspects of chronic illness is saying goodbye to hobbies and interests.  Some of us have even been forced to say goodbye to our occupations.  A friend of mine with lupus and bipolar disorder was forced to quit her successful career of thirty years (she was an engineer) after an accident.  Her body was never the same.  With chronic illness, we engage in a mourning process that is never quite over.  (I wrote about this in, Who Am I? The Chronically ill Person’s Identity Crisis.)  Around the holidays, though, this sense of loss is more pronounced.  Sometimes, I feel a sharp pain as I reflect on happy memories of Christmases past and think about things I used to do, how I used to be more active, and friends who left as soon as I was diagnosed with myasthenia gravis in 2008.  These are friends I celebrated every Christmas with for years.  Even though I know I’ve grown in some ways after getting sick (being less materialistic, for instance), a part of me died seven years ago.  But being sick has given me a greater appreciation for friends who stick by me and new traditions.  And I do look forward to Christmas and New Year’s Eve this year. Speaking of which, are you coming to my 3rd Annual Online Twilight Zone New Year’s Eve Party this year?

Before I got sick, I used to throw a Christmas party every year for my friends from high school–I usually cooked a six-course dinner.  The last Christmas pre-myasthenia was my favorite one; I threw a sock hop set in 1962.  Some people may think this is stressful but I enjoyed cooking, throwing parties, and life in general.  It was usually between twelve to fifteen of us.  I tried my best–a couple of times since getting sick, I’ve thrown small Christmas parties.  Even though I didn’t cook, it was still too much for me.  I know that throwing a party isn’t in everyone’s skill set.  Still, it would be nice if some of those guests would call around the holidays and say, hey, Jessica let’s have lunch.

Thankfully, a few friends do take that initiative.  My friends Pat and Amanda are one of the best examples.  Pat and I have been friends since high school.  He and Amanda have been married for six years.  Ironically, before I got sick with myasthenia (one day when I was bedridden because of polycystic ovarian syndrome), Pat told me was “not a planner” but he would always come when I needed him.  He and Amanda see how exhausted I am.  They visit, do stuff with me, and call every few months to see how I’m doing.  Being sick has given me a greater appreciation for friends who go above and beyond.

This year, as I was getting ready for the holidays, I realized that my family and I have developed new traditions over the past few years.  Every Christmas, my mom, my nephews, and I bake gingerbread cookies.  The boys, Mikko and Tyson, just turned 8 and 11, respectively.  Even though the gingerbread house never looks like the one on the box, we always have fun.  We look forward to baking every year.

Online Communities for People Who Are Sick

There are many online communities for people who are sick.  This year, I’ve sent Hannukah and Christmas cards to friends I met online.  In some of my online groups, I’ve seen people exchange secret Santa gifts.  For years, I would spend New Year’s Eve alone crying in pain watching SyFy’s two-day Twilight Zone marathon.  I usually spent the holiday bedridden due to the pain from both the PCOS and the myasthenia gravis.  Additionally, I had to consider my bedtime for bipolar disorder.  With all these illnesses, I can’t drink alcohol.  In 2013, I had this idea that no one should have to spend New Year’s Eve alone (unless they want to).  I started our first online NYE party during SyFy’s marathon.  I figured two people would show up; fifty guests attended on Facebook.  While watching episodes live (either on cable or online), we would post comments on Facebook.  At our last NYE party, 175 guests attended from seven different continents.  SyFy also hosts 24-hour marathons on the Fourth of July so we also have parties on that holiday.  I’ve written recaps of all the parties we’ve had so far:

At our last party, while watching episodes live and posting comments on Facebook, we also posted pictures of what we are eating creating a “virtual potluck.”  This year, Rod Serling’s daughter, Anne Serling, and I will be collaborating to make this year’s celebration bigger than ever.  Anne is the author of As I Knew Him: My Dad, Rod Serling.

Would Love to See You on New Year’s Eve

If you’re interested in coming to this year’s party, RSVP here.  This is where we post comments during the actual party.  You can also post questions there.  I’d love to see you at the party even if you can only stay for one or two episodes.

Stay tuned!  In my next blog post, I’ll be sharing a list of Fashionably ill readers’ favorite holiday movies.  If you want to add your movie(s) to the list, join us here on Facebook. 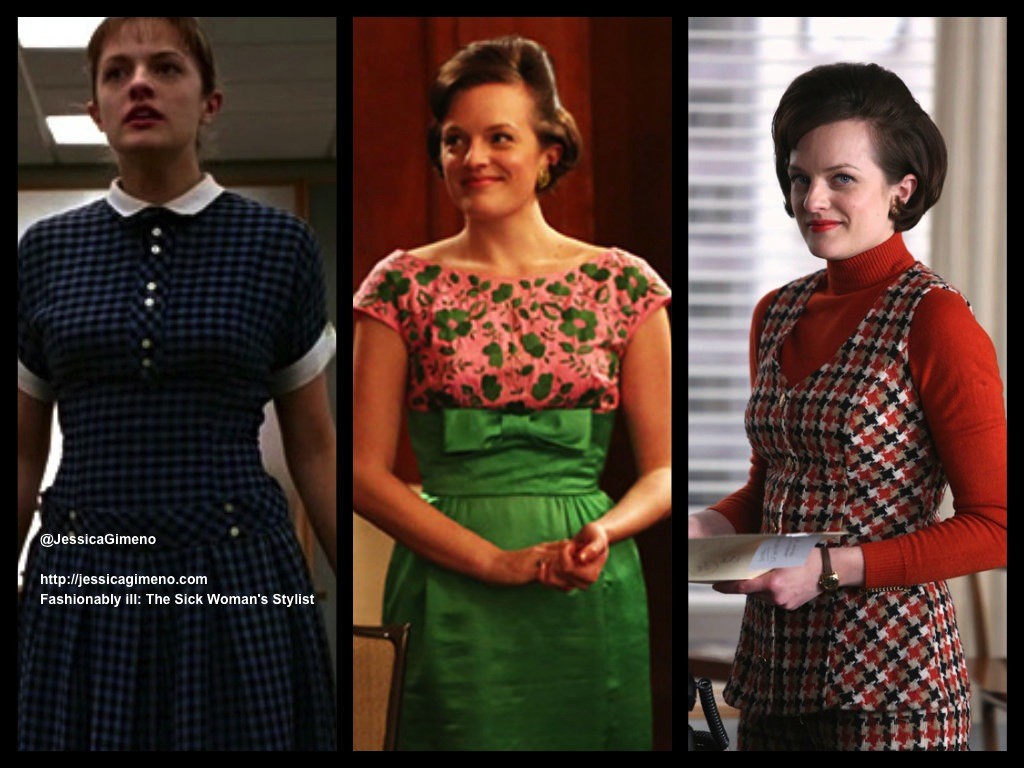 3 Style Lessons from Mad Men’s Peggy Olson (Elisabeth Moss); How to Get The Look!